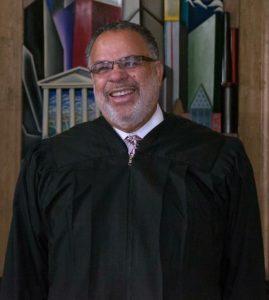 In recognition of Black History Month, THE DROP and SettleUp is honoring Judge Gary Jackson of the Denver County bench. Judge Jackson grew up in Denver, attended George Washington High School in Denver, received a bachelor’s degree from the University of Colorado in 1967 and his law degree in 1970 from the University of Colorado School of Law. As a lawyer, Jackson served his community as a Denver Deputy District Attorney, an Assistant U.S. Attorney, and then in private practice. Judge Jackson was appointed to the Denver County Court in 2013.

Judge Jackson has always been active in professional associations and volunteer projects in the cause of equal justice and representation. In 1971, Jackson was one of the founders of the Sam Cary Bar Association, an organization dedicated to promoting professionalism and the exchange of ideas among African American lawyers. He has had many roles within the Association including Treasurer and President; and in 2006 was honored by the Sam Cary Bar Association with the King Trimble Life Time Achievement Award

The American Board of Trial Advocacy recently recognized Judge Jackson with its highest honor—the Champion of Justice Award for his outstanding work to advance the preservation and promotion of the civil jury trial and access to equal justice under the law.

Congratulations to Judge Jackson for his brilliant career and tireless support of tolerance and equality.

Gary M. Jackson, a native of Colorado, grew up in Denver and graduated with honors from George Washington High School in 1963. He received an academic scholarship to the University of Redlands in California and earned his undergraduate degree and Juris doctorate from the University of Colorado in Boulder.

In 1976, Gary entered private practice and became a partner in the law firm of DiManna, Eklund, Ciancio & Jackson. In 1982 Michael DiManna and Gary Jackson formed the law firm of DiManna & Jackson, a partnership that continued until Gary’s appointment by Mayor Michael Hancock to the Denver County Court bench in January 2013. Leading up to his taking the bench, other legal achievements included trial counsel for the Denver Metropolitan Baseball Stadium District in the purchase of property and building of Colorado Rockies’ Coors Field, appointment to the Committee on Conduct for the District of Colorado, appointment to the 18th Judicial District Judicial Performance Commission, the 2nd Judicial Nominating Commission, and the U.S. District Court’s Nominating Commission for the selection of U.S. District Court judges and magistrates and special counsel to the Denver City Attorney’s Office for more than 15 years under Mayors Wellington Webb and Federico Pena.

In 1971, Gary was one of the founders of the Sam Cary Bar Association, an organization dedicated to promoting professionalism and the exchange of ideas among African-American lawyers. He has had many roles within the organization including Treasurer and President; and in 2006 was honored with the King Trimble Life Time Achievement Award.

Numerous other community organizations have benefitted from Gary’s leadership and involvement, including board member of the Northeast Denver Youth Services(former Chair), Denver Urban League and Lowry Redevelopment Authority, 51 year contributor to the Cleo Parker Robinson Dance Ensemble.  With his participation in the Sam Cary Scholarship Endowment Fund and the Delta Eta Boule Foundation (Chair for 18 years), these organizations have awarded deserving African-American students more than $500,000 dollars in scholarships.

Gary has generously shared his legal knowledge and experience through mentoring programs and instruction at colleges and law schools throughout Colorado. His active participation in the legal community has also meant serving on several boards including the Colorado Trial Lawyers Association, the American College of Trial Lawyers, and the American Board of Trial Advocates (of which he is the former President). Gary is currently the Co-Chair of the Colorado Bar Association/Colorado Judicial Institute Coalition on Judicial Diversity which has a four year initiative to address the lack of diversity in the Colorado state judiciary. Since its inception in 2019, 11 Black judges have been appointed to state court positions.

The Honorable Judge Gary Jackson presided in the Criminal Division of Denver County Court from 2013 to 2020.  In 2018 the Colorado Judicial Institute recognized Gary with its Judicial Excellence Award for County Court Judge of the year. Mayor Michael Hancock presented Gary with Monte Pascoe Civic Leadership Award in 2018. In 2019 Colorado Law Week in its annual Barrister’s Magazine selected Gary as Trial Judge of the year.  In 2020 the Center for Legal Inclusiveness awarded Gary the Hon. Wiley Daniel Lifetime Achievement Award.  Also, In 2020 Colorado Law Week, the Denver Bar Association awarded Gary its Judicial Excellence Award.  Also, the American Board of Trial Advocates awarded its Judicial Excellence Award to Judge Jackson who had served as the President of the Colorado Chapter in 2009. Lastly, at the Colorado Judicial Conference in 2020, Gary was awarded the Anthony Greco Judge of the Year for Colorado state county court judges. Gary retired on December 30, 2020 and is now a Senior Judge for the Denver County Courts.

Gary is semi-retired but in September 2021 passed the state and national real estate examinations. He is now Vice President of Marketing for Action Jackson Realty working with his wife, Regina Jackson in the buying and selling of real estate in Colorado.

Gary has a historic family history that began in 1919 with his great grandfather, William Pitts, as a member of the Great Migration, who moved his family from Missouri to Colorado.  Mr. Pitts purchased property in North Cherry Creek and Lincoln Hills and built homes and cabins in both locations. Gary’s mother, Nancelia Elizabeth Scott Jackson, 97 years of age has been chronicled in her own self-published manuscript, “My Precious Memories” and a multitude of history and media outlets, including PBS and History Colorado Museum.  Gary has two siblings, Larry McGlother Jackson and Dr. Kimberle Jackson Butler, and two children, Michael Mascotti and Tara Lavizzo, and four grandchildren, Daunte, Marissa, Laila, and Averie.

This recognition of Black History Month is Sponsored by SettleUp 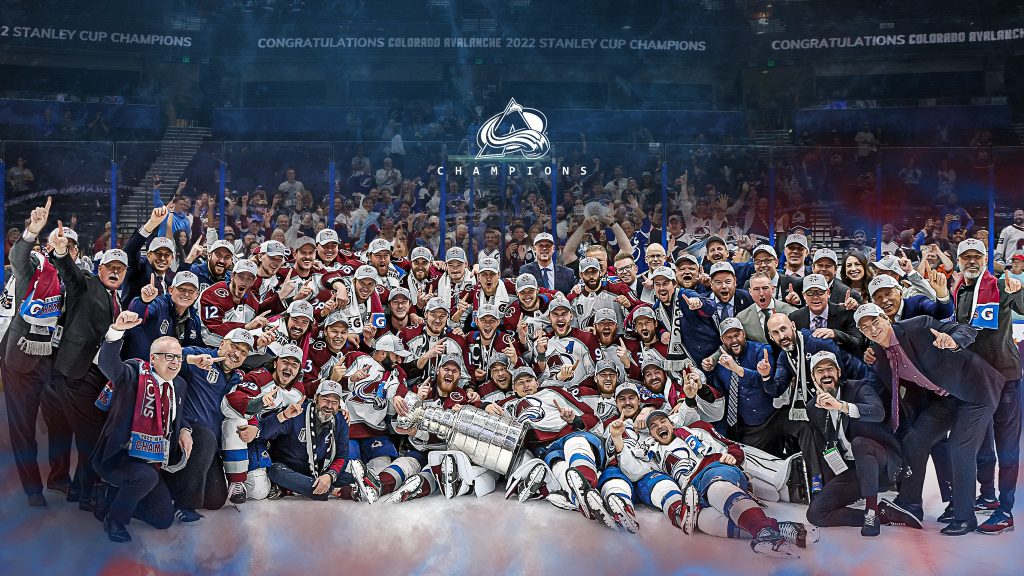 Colorado Avalanche Stanley Cup Final Game – When and Where to Watch 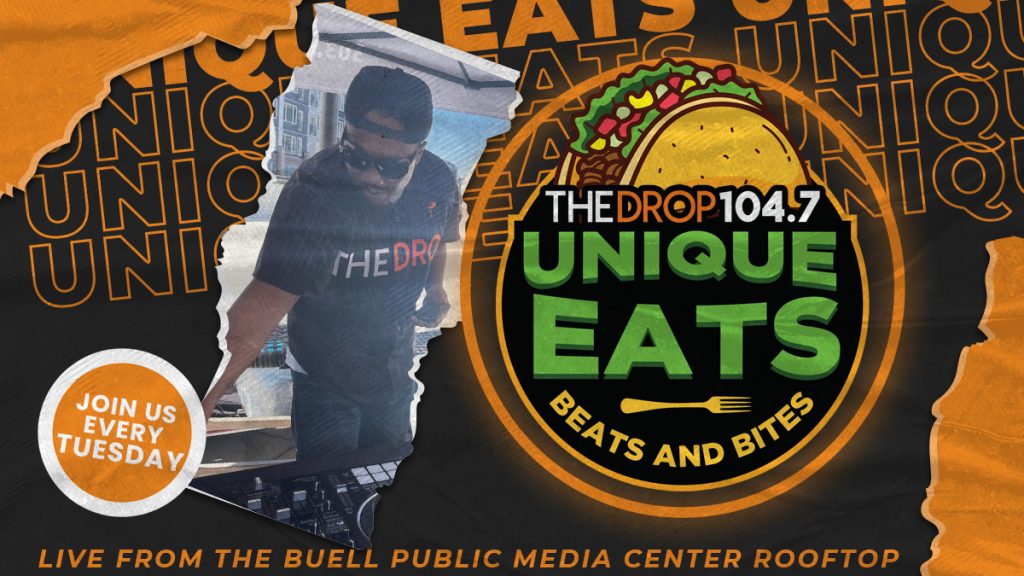 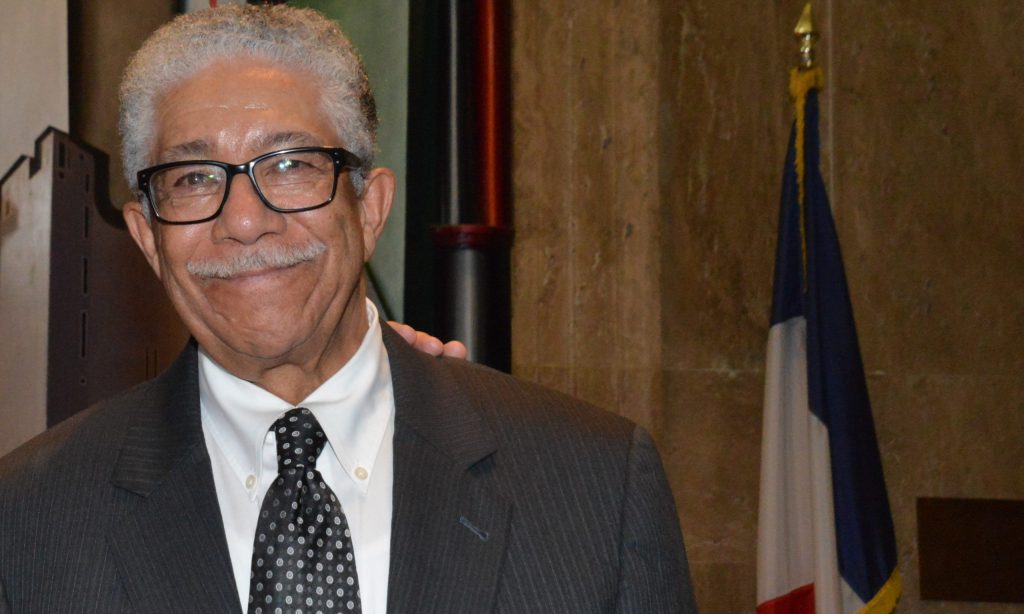