Sure you’ve been to all the scary movies, experienced haunted houses & corn mazes…but do you think you can handle the real thing?! 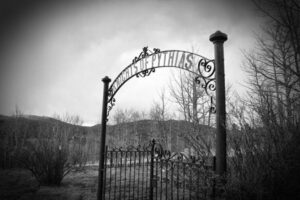 Central City began as a mining town in the late 1800s, now known for the casinos that have taken over the area. But one thing hasn’t changed: the woman in black she appears twice a year in the hilltop cemetery above the town. Known as the “Columbine Lady,” she comes to visit the grave of John Cameron, a prominent former resident of Central City who died in 1884. Some believe she is his fiancée, appearing to leave flowers for her lost love on November 1st, the anniversary of Cameron’s death, and April 5th, a date that remains a mystery… much like the woman herself.

Located in Cripple Creek, this casino is believed to be haunted by a redheaded, Irish ghost named Maggie that is often seen around the slot-machine area, sometimes with a male ghost. Many have reported that security cameras caught footage of Maggie playing slots, but the film went missing from a safe in the building. In Fact, the Colorado Grande Hotel & Casino named their hotel restaurant “Maggie’s Restaurant” and their casino rewards program is named “Maggie’s Club”! Maybe to appease the spirits…

Grant-Humphreys Mansion, located in Denver, was built in 1902 for the third Governor of Colorado, James Benton Grant. After his death, his wife continued living there for six more years, until eventually selling it to Albert E. Humphreys, known as the “King of the Wildcatters” after his profitable oil-drilling ventures in Wyoming, his death was ruled a “suspicious” shooting accident on the third floor of the mansion. People claim that since then, Albert still resides in the mansion in his ghost form due to the nature of his untimely death! 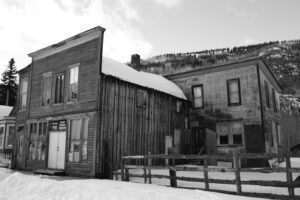 St. Elmo Ghost Town is a great place to get a glimpse into the past. But as you explore the remaining buildings, stay alert… you might just get a peek at St. Elmo’s most well known former, and possibly present, resident, Annabelle Stark. Shortly after the town was settled the Starks arrived. The Stark children were kept quite isolated in the town because of their controlling mother. The town began to crumble after the mines dried up. Annabelle refused to give up and was one of the last remaining residents of St. Elmo until her death and is now said to remain as the town’s supernatural protector.

Only a short while after Annabelle passed away in the 1960′s, the hotel was deeded to a family friend whose grandchildren were playing inside. When the children began to roughhouse, the doors slammed shut, and the temperature dropped 20 degrees. The children cried and screamed until finally, the room returned to the outside temperature and the door released, slowly swinging open. Annabelle was one of the last remaining residents of St ELMO and is now said to remain as the town’s supernatural protector.

Here are a few stories about St. Elmo’s Ghost Town:

A young woman and new owner of the the hotel in town started to clean it up. Her and some friends washed the walls, scrubbed the floors and made small repairs. They would put away their tools, brooms and mop buckets, only to find them in the center of the room the next day. At first, they brushed it off thinking they had forgotten to put them away. When it kept happening, they put them into a closet and padlocked the door. It never failed, Somehow they were back in the center of the room, Padlock still locked. They started to believe that someone, Maybe the previous housekeeper Annabelle Stark, who had passed away years earlier, was lending a hand because the place wasn’t clean enough for her.

A woman skiing down the town’s main street at dusk saw a woman in a long white gown glaring out of the second story window of the Home Comfort Hotel. Familiar with the town, the skier was shocked; she knew the current owner of the hotel was on vacation and the doors were padlocked, no one was supposed to be inside. As she turned to see what the woman was eyeing, she noticed snowmobiles approaching. Snowmobiling is illegal in St. Elmo, so the skier told the group who apologized and drove away. When the woman looked back to the hotel window, the woman lowered her head in a thank you nod, turned and vanished before her eyes.

The Windsor Hotel, located in Del Norte, was built in 1871 and is one of Colorado’s oldest hotels. The Windsor became the main social and commercial center of the town when Del Norte was a booming mining and ranching town. There have been claims that the hotel is haunted by a woman named “Maude”, that stopped at the Windsor Hotel. She purchased a gun across the street from the hotel and shot herself. Visitors claim that they still sometimes hear her moaning and screaming!

The Pioneers Museum, located in Colorado Springs, was built in 1903, and was once the El Paso County Courthouse. The Shadowlands claim that the museum is haunted by a former manager who was shot and killed in the late 50s by an employee, over a dispute regarding their pay. The security guards patrolling the museum at night tend to avoid the manager’s former apartment due to a sense of “unease” there!

The Museum Of Colorado Prisons in Cañon City 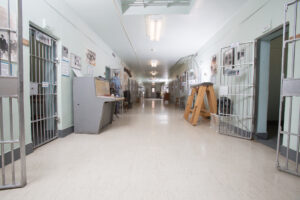 This building was originally a women’s prison and remains connected to a still operating prison today. You can take a tour, In fact, you might even get up close and personal with some of its former residents. People have reported orb sightings, distant voices, and other mysterious signs from beyond, including the lingering smell of tobacco. Some of these odd happenings may be traced back to some of the prison’s notorious past inmates including a convicted cannibal and a 12-year-old in jail for murder.

Local artist and DROP Digital Media Manager, Nikki Giron, actually filmed a music video and did a photoshoot for a music project here. She described it as not ‘creepy’ but she could tell there was some type of energy there that she couldn’t explain.

Many seek out this remote location because of its tie to the Sand Creek Massacre, which actually happened near the Colorado/Kansas border. History has it that unknown events at the Third Bridge led to Sandy Creek, where members of the Colorado Territory Militia attacked a group of Cheyenne and Arapahoe Indians, who were mostly women, children and the elderly.

In 1997, two car loads of teens presumably looking for a thrill crashed here, killing two of them and paralyzing the driver. The sister of the driver was charged for providing alcohol to minors (the passengers ranged from ages 11 to 17), but took off before she could face the music. Ghost hunters claim to see a young girl crying, then disappearing here.

Unsuspecting drivers on Third Bridge found the body of a teacher in 2010. The victim was found with a bag over his head, a belt around his neck and his hands bound behind his back. More than 6 years later, his murder remains unsolved. 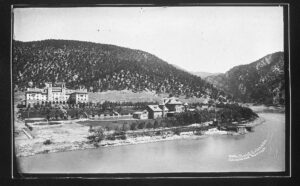 The hotel is home to several spirits that inhabit the building, guests and staff have reported very unusual activity during the late hours of the night. Paranormal sightings include an elevator moving from floor to floor with no passengers, a young girl in Victorian clothing seen playing with a ball in various areas of the hotel, and a female apparition that peers over sleeping male guests. In Investigations of these claims there were high electro-magnetic fluctuations between the hours of 12am to 1am! 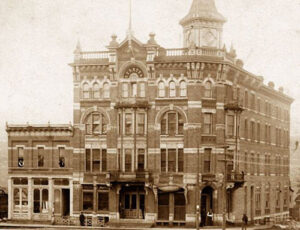 Strater Hotel is located in Durango. The hotel was built on old railroad tracks and is believed to be haunted by many apparitions. Including repotrs of a ghostly man in a white shirt standing on the railroad tracks who vanishes suddenly, a railway engineer in period clothing walking through the hotel lobby, and that the hotel staff refuses to work alone on the upper floors! 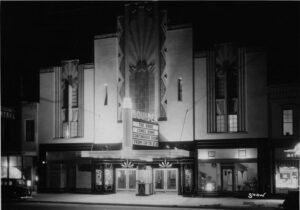 The Boulder Theater was originally the Curran Opera House. The Fox Theater Company purchased the building and opened its doors in 1936.

In the 1940s, George Paper, the then-manager of the Boulder Theater, accidentally hung himself while doing some rigging on the stage. George’s spirit then started to appear around the 1980’s, during the theater’s renovations. People reported sightings of figures, lights would get turned on and people could “feel something” in the green room…could it possibly be the real ‘Phantom of the Opera’?

When most people hear, pizza, ghosts usually aren’t the first thing they think of.

The first thing you’ll notice is that there are no windows. Its dark atmosphere gives off a creepy vibe. Employees have reported strange occurrences. Like Cold spots, strange orbs, and flickering lights are pretty common. But weirdest is when the pub’s kegs fall over. These things weigh around 160 pounds. Yet, night after night, they will somehow tip over all by themselves. The sudden crash is enough to make anyone jump. Apparitions have been seen out of the corners of people’s eyes. One of a man walking with a small child.

Originally built in the 1800s for rail use during the Gold Rush, three of the nine tunnels have since collapsed. The remaining tunnels were converted for vehicle use, and an ominous spiked gate blocks the entry to the others. And that’s where things get creepy. From stories of workers killed while building the tunnels to a ones about a bus filled with children that died when the third tunnel collapsed, there are many theories about why they may be haunted. The fact remains that reports of children’s laughter, dark figures lurking, and dusty fingerprints left behind on cars that dare to stop in the still open tunnels continue to this day. 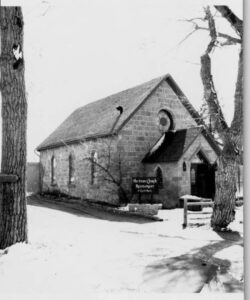 This former church was built in 1888 and is now a restaurant. The second floor, which was once the choir loft, is known to be home to a few ghosts. The spirit seen by people is a little girl dressed in white and A woman on the main staircase who is reflected in a mirror. Sugar caddies, bar glasses, alcohol bottles and other objects have reportedly moved or been thrown by unseen hands. Reports of electrical anomalies and and chairs that move by themselves make this place a spooky spot to be alone.

Brook Forest Inn is located in Evergreen. Many claim that the Inn is haunted by several ghosts.

Cheesman Park used to be Denver’s first graveyard. While some of the bodies were moved by their loved ones after it was decided that the land would be used for a park instead, many were left unclaimed. Enter E.P. McGovern. He was supposed to move the remaining bodies, And was paid for each one. So instead of moving them whole, he decided to hack up the remains so they’d fit into children’s coffins giving McGovern a larger Payday. Remains leftover from this greedy horror were found as late as the 1960s, and tales of strange apparitions in the park, and the Botanic Gardens nearby, continue to this day.

Most people know about the ‘haunted history’ of the famous Stanley Hotel, so we will spare you the story and show this video:

Remember to respect these haunted places and lost souls when you visit or they may follow you home… Happy Halloween from The DROP 104.7! 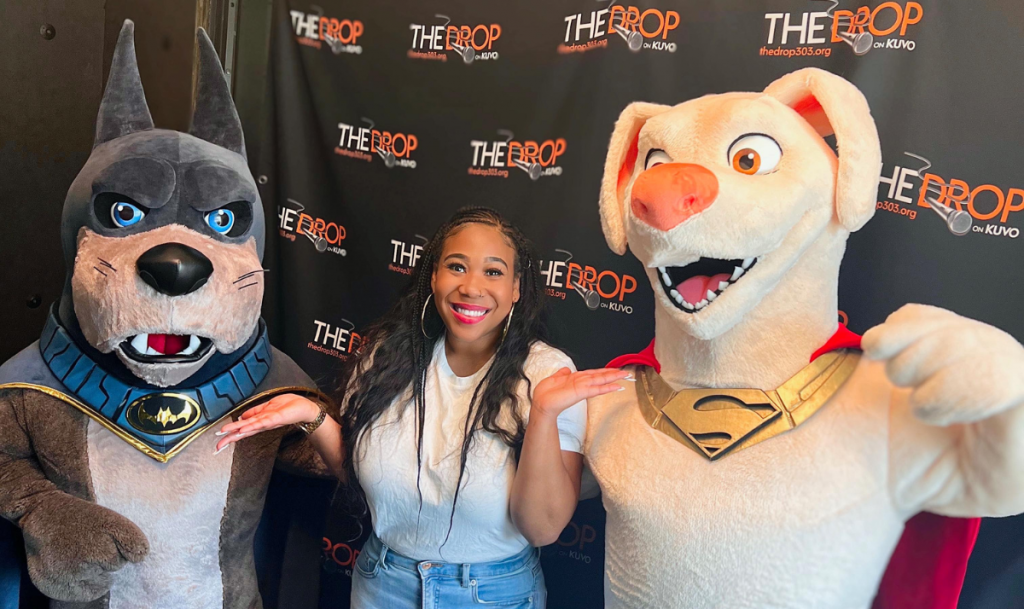 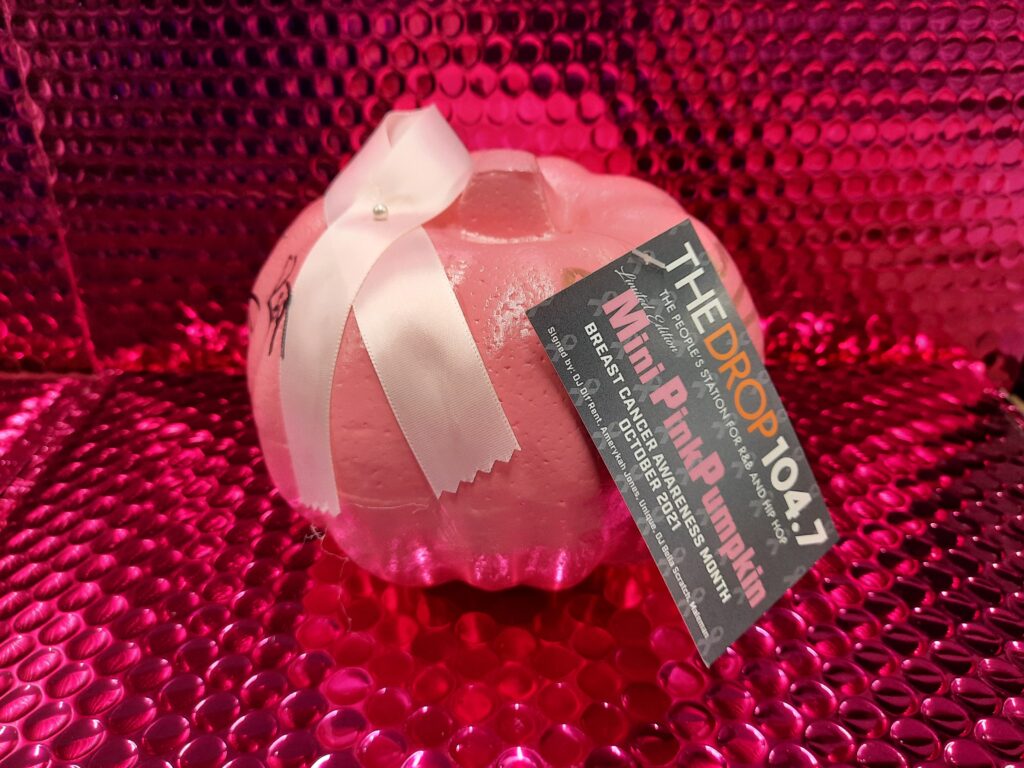 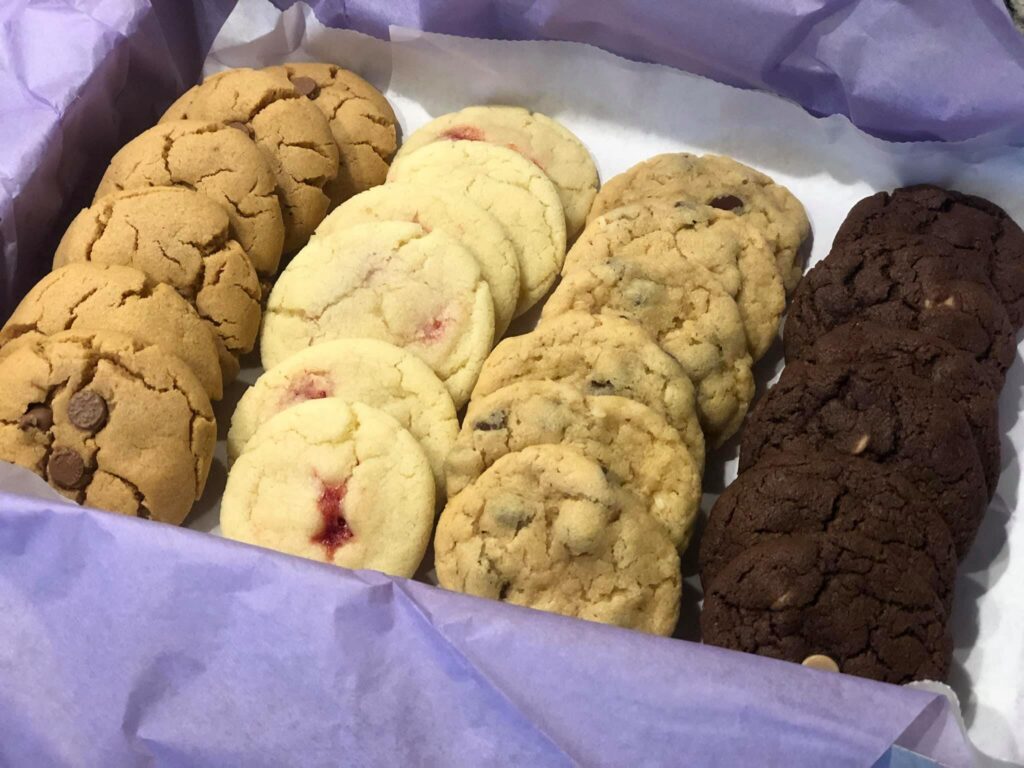